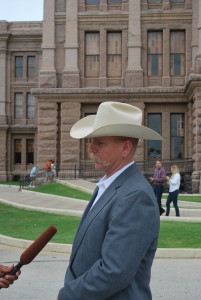 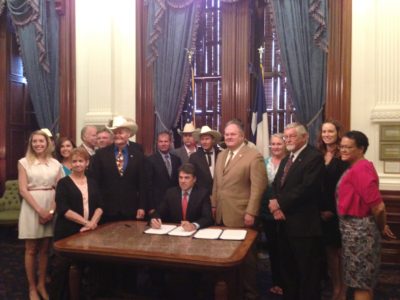 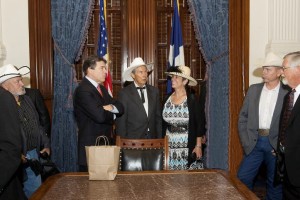 HB-2761 Texas Bison now Protected under Estray in the Ag-Code!

This ‘thing’, all started in the year 2003 when HB 641 which successfully defined bison in Texas as ‘wild and indigenous to Texas’, accidentally forgot to afford the species in production as food animals protection under the law if they found themselves outside the fence.  Keep in mind that previously this was provided for in the Texas Agricultural Code under exotic livestock in the same way that since the 2003 legislative success both Rhinos and Elephants are afforded protection. The law did not comprehensively protect the buffalo-rancher, but did properly anoint the bison, in Texas, as an indigenous member of the mega-fauna and properly defined them as NOT exotic, as are Hereford and Angus from an ecological and western heritage perspective.

Flash forward to the 82nd Texas legislature and an overzealous attempt at availing bison of the ‘golden rule’ by classifying them as livestock. This fit well with most Texas bison producers, but we learned that it contained the potential to impact our friends and constituents in conservation and park models that included publically owned herds such as Caprock Canyons State Park. During the 82nd legislature, we learned that classifying bison as livestock, in Texas, was a less than an altruistically comprehensive move and mission.  In response to the grievousness displayed by King county in the King County Killing Field incident, Senator Craig Estes submitted and sponsored a bill in the Texas senate which provided ‘stray bison’ protection under the law by including them in the language under Estray, in the Texas Ag Code.

The attempt at fixing a house keeping item in Texas pursuant to bison, failed desperately when the then HR livestock and agriculture committee chairman refused a hearing of the bill, sponsored by R.  John T Smithee in the House. We left the process aggrieved as Texas-bison producers and disappointed, but prepared to comeback swinging.  We also assumed that the hang-up was myth and misperception, a common problem with bison, and responded with informational packets and welcoming messages to those that opposed our measure.

At this point in my sharing, it is fitting to site: that both historically and currently, it is – and has been the bison rancher that cares for and conserves the species of bison on the American landscape by a margin of 95% and everyone knows it that knows about bison. Bison are not the weed with which extirpation or extinction becomes necessary for a civilized 21st Century America or Texas. They are the lesson from which many Ag 2.0 and paleodiet realities may be realized to the benefit of Agricultural diversity, food security and ecological restoration. Comically, while I rant, I hear Texas My Texas and/or the Star Spangled Banner playing in the background as I espouse the truth about Texas and bison being partners in time: ecologically.

On to the 83rd Texas legislature and the political grudge-match that ensued. With the leadership of Texas bison champions S. Craig Estes and R. Doc Anderson, we came out swinging. We expected trouble again in the house, but instead we had a cage-fight in the Senate. It was at about this mark in time that S. Estes sponsored and filed SCR 20 which made Texas Bison Week official through the year 2022. Championing Texas bison, S. Estes did this on his own when we asked for our traditional ceremonial proclamation for Texas Bison Week and the right to buy the flag flown over the capitol on the first day. Mean while back at the Estray-ranch, the opposed refused to cooperate or compromise until the house hearing, within which they pulled their opposition. There was no opposition in the house and we testified our butts off, for the buffalo in the great state of Texas. With a little luck, a bunch of work and two champions that were true friends of Texas agriculture and Texas bison, we sat intentionally very-very quiet, until the process turned and headed toward fruition. We then got the word that both bills were on the governor’s desk! This was big and it was a great day for Texas bison. Then we got the notice! The Governor’s office requested a bill signing ceremony for both SCR 20 and the Estray measure. With about three days to put it together, and strict numbers allowed, we were there with bells on, and a live buffalo named Miko, handled by Bree Worthington, at the capitol on the foot of the capitol steps! Thanks to Ren Newey, chief aid to S. Estes, we transcended the previous year’s attention by the state to bison to star-status, if only in our minds for the 15 minutes that we very thankfully received from Governor Rick Perry.

There are simply too many names to mention that worked their butts off, testified their butts off and gave of themselves, their money, their political collateral and time on behalf of something that seemed proper and in the best interest of Texas as business friendly, agriculturally diverse and stewards of western heritage. I am thankful to have been a part and I am proud of a place that got it done that I call home called Texas!

A little bit of how it all started.

Where the buffalo roam becoming an issue.

WICHITA FALLS, Texas — Buffalo bill is back. This time it’s not the buckskin-fringed showman who rode the plains more than a century ago.

This version is a piece of legislation introduced by Texas State Sen. Craig Estes, who wants to change who is responsible for corralling buffalo that roam.

The Republican from Wichita Falls Estes wants bison — which many call buffalo — to come under the Lone Star State’s estray laws.

(HB-2761) Estray laws cover what to do with livestock when they roam away from their owners’ property.

The current law makes county sheriff’s offices responsible for rounding up estray livestock and keeping the animals until they can be returned to their owners, auctioned or otherwise disposed of.

Estes’ bill has added buffalo to the list. That has raised concerns among Texas sheriffs who know there’s a significant difference between picking up a relatively docile Hereford heifer and a 2-ton buffalo bull that doesn’t necessarily want to be rounded up.

“We have safety concerns,” said Clay County Sheriff Kenny Lemons. “There are no cowboys willing to go get them.”

“They go where they want to go,” he said.

Wichita County Judge Woody Gossum said cost would be a concern, too. Counties would be responsible for feeding stray buffalo and housing them in sturdy facilities.

Unlike beef or dairy cattle, buffalo can jump or knock down standard fences and go through barbed wire like kitchen curtains.

An aide to Estes said the new bill was prompted by an incident in 2010 in King County where a ranch hand shot and killed 51 head of buffalo that had strayed from a neighboring ranch. The ranch hand who did the shooting was indicted on a charge of criminal mischief, and the two ranches filed lawsuits and counter lawsuits.

Duke and Lemons said neither of their counties has had a problem with roaming buffalo to their knowledge. Duke said one Wichita County resident who owned buffalo a few years ago got tired of the trouble and damage they caused and invited selected friends to come shoot them.

Both Duke and Lemons say the general problem of estray animals has grown considerably over the past couple of years because of animals seeking water during drought and owners seeking relief from high feed costs.

In addition to cattle and horses, donkeys and even llamas are known to inhabit the estray pens. Although Wichita County leaders had considered building a facility for estray animals, they instead have contracted with a private landowner.

Liz White, a spokesperson in Estes’ office, said Estes will work with county authorities to address their concerns about roaming buffalo