I would use this graph only as a rough estimate. It’s quite dated. That being said I will tell you that you can hardly go wrong with nature. Bison are not bred & raised like cattle. We do not use questionable drugs, chemicals or growth hormones.  NBA (National Bison Assoc.) opposes the use of these substances in the production of bison for meat. Just look at a cut of bison meat, visually has less fat than beef. It has a beautiful deep red coloring. Bison are native to North America and have not been imported or bred for faster growth for production money, like most commercial meat sources in the U.S. have. If you’re eating bison, you are supporting America’s only native cattle, and we thank you! 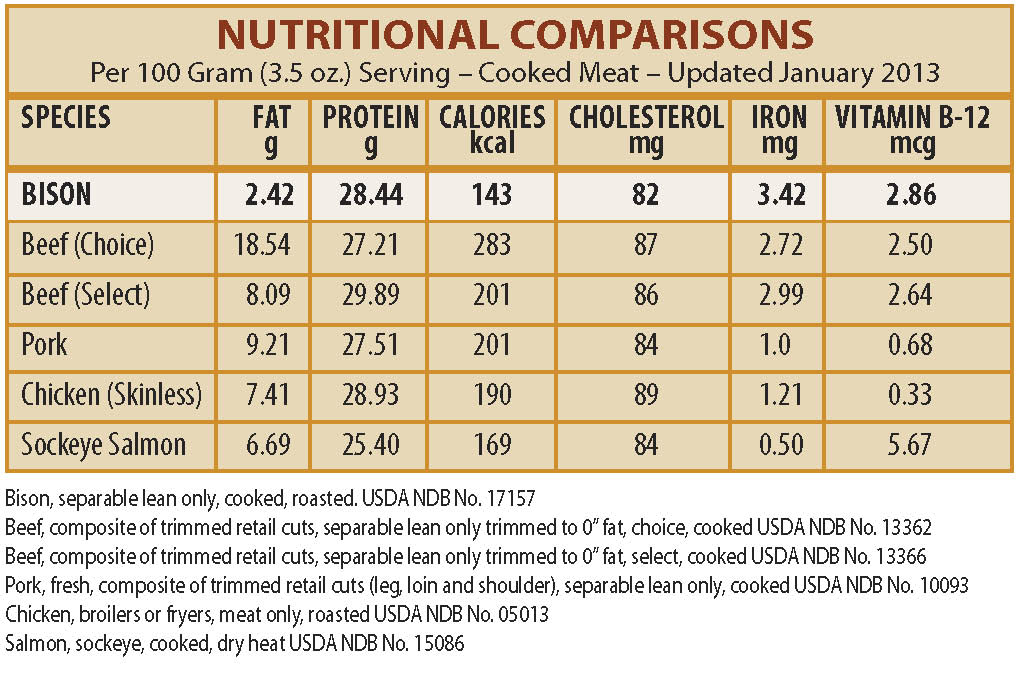 How Healthy Is Bison Meat?